Free-ride is a relatively new discipline of BMX and mountain biking, combining different aspects of the hobbies and sports such as downhill and dirt jumping and big mountain which has progressed rapidly in recent years, and is now recognized as one of the most popular disciplines within mountain biking.

The term is a derivative of free-riding, which originally came from surfing and is now also used in other sports including snowboarding, skiing, windsurfing, snowmobiling and Jet skiing. The original concept of free-riding was that there were no set course, goals or rules to abide by. It was to make one’s way down the trail with the most creative line possible that included, style, amplitude, control and speed. Mountain bike movies produced by the likes of Radical Films and Freeride entertainment that pioneered free-ride and made it a house hold name. It would later become an internationally recognized genre within the gravity fueled cycling market.

There are also many people that free-ride on BMX bikes, both the 20 inch-wheel version and the 24 inch-wheel cruiser bikes. They spend their weekends building trails and riding them from sunrise to sunset. They build trail with rollers and table tops in series one after the other and berms to make a continuous running trail. Most are made for single riders while there are some made for riders to ride side by side. 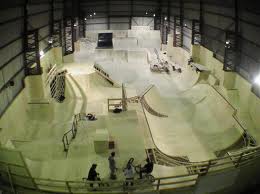 There are also indoor facilities popping up around the world with trails built from wood for the riders. Even some of them have dirt jumps also.

We will also be providing directory listings for these indoor facilities with the trail directories.

For some examples of different tricks, check out the BMX tricks page.